You are here: Home » Cultural and Historical Tours

Convenient location between the strict West and the temperamental East, long history, rich culture, remains of various tribes and peoples from past eras and civilizations, patriotic spirit and Balkan traits – these words could describe only one country – Bulgaria. 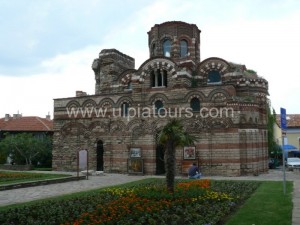 The well-preserved Early Thracian megaliths (rock niches, tombs, dolmens) in the East, the remains of temples, like that of Dionysius (Perperikon), the Tomb in Kazanlak and Sveshtari with their painted domes bear witness to the long history of our country. The archeological excavations hitherto revealed numerous gold treasures, masks and domestic equipment, considered as some of the best jewelry samples. Whole roman city sites have been revealed, restored and preserved – Augusta Traiana (today’s Stara Zagora), Trimontium (today’s Plovdiv), Nikopolis ad Istrum in north Bulgaria, Pautalia (today’s Kiustendil), Messembria (today’s Nessebar), Apolonia (today’s Sozopol), partly Ulpia Oescus (today’s Gigen village) and many more. The historical museums shelter numerous statues, tomb-stones, inscriptions, masks, mosaics and statuettes of ancient gods and heroes. Under the today’s capital Sofia lay 150 000 square meters of ruins from the ancient city Serdica. The amphitheaters and the thermal baths in Plovdiv, Sofia and Varna are of great historical value. 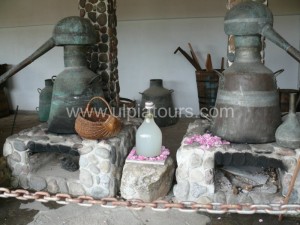 Undoubtedly a trip to Bulgaria leaves deep impressions and brings in you the desire to visit Bulgaria again and again. And this is only one period of the long Bulgarian history. We must not forget the Slavs and the proto-Bulgarians. Without them, our country would not exist. They have contributed much to the development of the country. The adoption of the Christian Orthodox religion marks a new epoch in the Bulgarian history. The IX century was called “The First Golden Age of the Bulgarian culture” and is considered to mark the beginning of the Bulgarian literature. The Bulgarian culture was enriched by the characteristics of many new ethnical groups, which had mixed with the Bulgarian nation. Unfortunately, the development of Bulgarian state was hampered by the Ottoman rule. As a result, not only are there many buildings, heavily influenced by the oriental architecture, but also many mosques and watch towers, which can be seen particularly in the old towns of Bulgaria. In the Revival period began the construction of churches and monasteries, which still testify for the dexterity of the Bulgarian master builders and icon painters. If you take a trip to Bulgaria, which includes the most famous monasteries and churches, you alone will be convinced in their beauty and majesty. Very interesting and well-preserved are several handicraft centres from that time. Their methods of production can be observed in the open-air museum Etara near Gabrovo and in Dobrich, Plovdiv and Tryavna as well.

After the Liberation in 1878 Bulgaria took with small steps the road of development of science, culture and art. Over 200 museums, 40 000 cultural monuments, 40 reserves of cultural and historical heritage, numerous galleries, theatres and operas represent “these small steps” to the visitors.

The preservation of the unique Bulgarian culture is one of the most important tasks of our time – a return to the cultural roots. A colourful palette of customs, traditions, folklore songs and legends has survived over the centuries.

We prepare our offers to completely satisfy your request by suitting all your requirements!